Anyone that a decedent owed money to when he or she died is a potential creditor of the decedent’s Texas probate estate.  The rules regarding creditor claims in Texas probate differ depending on whether the claim is unsecured or secured, and whether the estate is a Texas independent or dependent administration.

What Is A Creditor Claim In Texas Probate?

A Texas creditor claim is a claim for money made by a person or entity to which a decedent owed money.  A claim can be secured, such as a mortgage, or unsecured, like some personal loans.  If you have a potential creditor claim against a Texas estate, you have to take action in order to preserve the claim.

How Does A Creditor Present A Claim In Texas Probate?

The manner in which a creditor presents a claim in a Texas probate depends on what kind of administration is pending, and what kind of claim you have.

Presentment of Claim In A Texas Dependent Administration

In a dependent administration, the Texas Estates Code requires that a potential creditor present a claim to the personal representative of the estate (TX Est Code 355.001) or by depositing the claim with the clerk (TX Est Code 355.002).

A claim for money against an estate must be accompanied by an affidavit that supports the claim, showing that:

If a corporation or other entity is the potential creditor, the affidavit can be made by an authorized officer or representative of the corporation.  It is “sufficient to state in the affidavit that the affiant has made diligent inquiry and examination and believes the claim is just and that all legal offsets, payments, and credits made known to the affiant have been allowed.” TX Est Code 355.005.

If the potential creditor receives notice, the creditor can respond with:

(2) a pleading filed in a lawsuit with respect to the claim; or

(3) a written instrument that complies with Section 355.004 or pleading filed in the court in which the administration of the estate is pending.

Secured Claims For Money Against A Texas Probate Estate

Subchapter D of Texas Estates Code Chapter 355 addresses the presentment and payment of secured claims for money in dependent administrations.  A secured creditor must specify additional matters in the claim, including whether the claimant desires to have the claim:

(2) allowed, approved, and fixed as a preferred debt and lien against the specific property securing the indebtedness and paid according to the terms of the contract that secured the lien, in which case the claim shall be so allowed and approved if it is a valid lien.

If the claim is secured by real property, the creditor must record a notice of the creditor’s election in the deed records of the county in which the real property is located.  See TX Est Code 403.052.

Does The Texas Probate Estate Have To Pay Every Claim Presented?

No, a Texas probate estate is not automatically going to pay a creditor claim simply because it was presented.

If a claim is rejected in whole or in part, the claim is barred unless not later than the 90th day after the date of rejection the claimant commences suit on the claim in the court of original probate jurisdiction in which the estate is pending.  TX Est Code 355.064.

In an independent administration, the executor will allow or reject the claim, or take no action, if a claim is presented after notice.  An unsecured creditor must file suit to enforce a claim.  See TX Est Code 403.059.

What Is The Deadline To Present A Creditor Claim In Texas Probate?

The deadlines to present a creditor claim depend on what type of claim, what type of administration, and what type of notice, if any, is received.  See Deadlines and Timelines In Texas Probate and always make sure that a Texas probate lawyer is navigating the world of creditors with you. 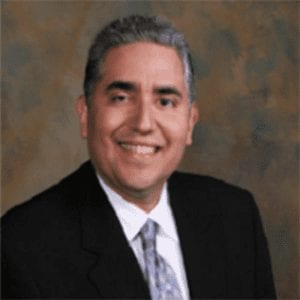