The Maine Supreme Court, in Clark v. Clark, recently interpreted Maine’s Probate Code to determine title to inherited real property.  To reach the decision, the Court relied on a North Dakota Supreme Court decision, Estate of Hogen, interpreting the model provision from the Uniform Probate Code upon which the Maine Probate Code is modeled.

Who Receives Title To Inherited Real Property After Decedent’s Death?

Ruth’s estate included two properties (the “Properties”).  Ruth’s will devised Ruth’s estate to Beth and Kevin equally share and share alike.  The will was admitted to informal probate.  Beth was appointed personal representative of the estate.

As personal representative, and with the agreement of Kevin, Beth executed deeds of distribution of the Properties to herself and Kevin as joint tenants on June 30, 2010.  Seven years later, Kevin died intestate, unmarried, and with no kids.  Kevin’s heirs at law were Beth (his sister), and Sean and Jason (his nephews).

Sean and Jason filed a complaint against Beth, alleging that they were each entitled to a 1/8th interest in the Properties as tenants in common with Beth (Beth would take ½ of Kevin’s 1/2 interest, and they would split the other ½ of Kevin’s 1/2).   Sean and Jason argued that  Beth and Kevin took title as tenants in common immediately upon Ruth’s death, and that  Beth had no authority as personal representative to unilaterally change the devise from a tenant in common to a joint tenancy.

Beth asserted that she had exclusive ownership as a result of Kevin’s death, since she, as personal representative of Ruth’s estate, had deeded the Properties to herself and Kevin as joint tenants.

Each side filed a motion for summary judgment.

Title to Real Property Upon Death Vests Subject To Administration

Maine’s probate code is modeled on the Uniform Probate Code (“UPC”), which has been adopted in several states, including North Dakota.  Section 3-101 of the Maine Probate Code states that:

Upon the death of a person, his real and personal property devolves to the persons to whom it is devised by his last will…, subject…to administration.

The North Dakota Supreme Court, interpreting the same language, placed import on the phrase “subject…to administration” and concluded that under the UPC, title to real property does not vest immediately on a decedent’s death.  Instead, just like the statute says, title to real property vests subject to administration.  The Maine Supreme Court relied on the plain language interpretation of the statute to determine the outcome of this case.

The Power of a Personal Representative Over Title

The Maine Supreme Court analyzed the Uniform Probate Code to reach its decision.  The UPC broadened the powers of a personal representative.

the same power over the title to property of the estate that an absolute owner would have, in trust however, for the benefit of the creditors and others interested in the estate. This power may be exercised without notice, hearing or order of court, except as limited by this section.

As a leading treatise on the UPC has explained:

In this case, Sean and Jason argued that the UPC just codifies the common law rule that title to real property passes at the moment of decedent’s death.   The argument ignores the phrase “subject…to administration” in the statute.  As personal representative of Ruth’s estate, Beth owed a duty to the beneficiaries of Ruth’s properties under Ruth’s will – Beth and Kevin.  Neither Beth nor Kevin challenged the deeds of distribution.  Beth was clearly authorized to act in her capacity as personal representative and deed the Properties to herself and Kevin as joint tenants. No breach of duty occurred.

Ultimately, the Maine Supreme Court granted summary judgment in favor of Beth.  Upon Kevin’s death, Beth became the exclusive owner of the Properties, because the title to inherited real property in Maine is subject to administration, and Beth executed deeds as personal representative to herself and Kevin as joint tenants after Ruth’s death. 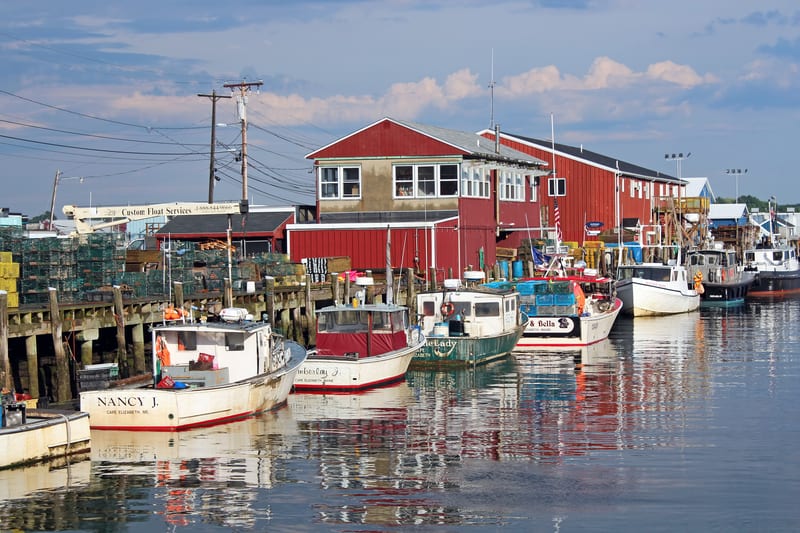