In In Re Estate of Barbara Cardiff, a January 21, 2022 opinion from the Rhode Island Supreme Court, the Court affirmed the validity of a will and determined that an individual who signs a will as a notary may also count as a subscribing witness to the will.

The Facts Of In Re Estate of Barbara J. Cardiff

Barbara Cardiff executed a will on February 10, 2016.  The will included Barbara’s signature, and the signatures of Christopher Fusaro and Linda La Parle, a Rhode Island notary.

At the end of the will, Barbara signed her name after a clause that read:

“IN WITNESS WHEREOF, I have signed my name on this the [10 February 2016], at Westerly, Rhode Island, declaring and publishing this instrument as my Last Will, in the presence of the undersigned witnesses, who witnessed and subscribed this Last Will at my request, and in my presence.”

After Barbara’s signature was the following clause:

“SIGNED AND DECLARED by Barbara Cardiff on the ___ day of November, 2014 [sic] to be their Last Will, in our presence, at Westerly, Rhode Island, who at their request, in their presence and in the presence of each other, all being present at the same time, have signed our names as witnesses.”

Fusaro’s signature, printed name, and address, identifying him as Witness #1 appeared on the document below this clause.  The line for Witness #2 and the accompanying information were left blank.

The next clause in the will was entitled “affidavit” and was followed by a notary clause which stated:

“Subscribed and sworn to before me on the day and date first above written[.]”

La Parle’s signature appears on the next line above the words “Notary Public.” La Parle’s notary stamp was affixed below the signature and the date “1/17/20” was written next to the stamp on the will.

The Probate Dispute Over the Validity Of the Will

Michael Cardiff filed an objection, asserting that the will did not meet the requirements for a valid will under Rhode Island law.

The Rhode Island probate court admitted the will to probate. Michael appealed.

Before the Superior Court, petitioners argued that the will did not meet the requirements to make a valid will under Rhode Island law, because it was no subscribed by two witnesses.  Petitioners argued that only Christopher subscribed as a witness, and that Linda signed as a notary public, not as a subscribing witness to the will under Rhode Island law.

The trial justice determined that La Parle “was in fact a witness” and affirmed the order of the probate court admitting the will to probate. Petitioners appealed to the Rhode Island Supreme Court.

What Are the Requirements To Make a Valid Will In Rhode Island?

Rhode Island General Laws § 33-5-5 sets forth the requirements to make a will and states:

“No will shall be valid, except as provided in §§ 33-5-6 and 33-5-7, unless it shall be in writing and signed by the testator, or by some other person for him or her in his or her presence and by his or her express direction; and this signature shall be made or acknowledged by the testator in the presence of two (2) or more witnesses present at the same time, and the witnesses shall attest and shall subscribe the will in the presence of the testator, but no form of attestation shall be necessary, and no other publication shall be necessary.”

Can Signing a Will As a Notary Also Count As a Witness Signature?

Signing the will in her capacity as a notary does not mean that La Parle was not a witness; she simply went beyond what was required under § 33-5-5. See id. at 281, 132 A. at 724 (“It cannot be that doing more than the statute requires, and including all the essentials of what it does require, fails for not obeying the statute. The greater must include the less.” (quoting In Re Bybee’s Estate, 160 N.W. 900, 902 (Iowa 1917))). In reviewing the language of the will, we note that the testator’s signature followed: “I have signed my name * * * in the presence of the undersigned witnesses, who witnessed and subscribed this Last Will at my request, and in my presence”; Fusaro’s signature followed: “SIGNED AND DECLARED * * * in their presence and in the presence of each other, all being present at the same time, have signed our names as witnesses”; and La Parle’s signature followed: “[s]ubscribed and sworn to before me[.]” (Emphasis added.) It is therefore clear that the testator, Fusaro, and La Parle each signed the will in the presence of one another, thus satisfying the “subscribe and attest” requirements of § 33-5-5. See Black’s Law Dictionary 1727 (11th ed. 2019) (defining “subscription” as “[t]he act of signing one’s name on a document”); Black’s Law Dictionary 158 (11th ed. 2019) (defining “attest” as “[t]o bear witness”). Furthermore, § 33-5-5 makes clear that “no form of attestation shall be necessary[.]” Accordingly, the trial justice did not err in affirming the order of the probate court, denying the petitioners’ probate appeal, and finding that La Parle was a witness to the execution of the testator’s will.

The Rhode Island Supreme Court affirmed the judgment of the Superior Court determining that the will was valid, complied with the requirements of Rhode Island law, and was appropriately admitted to probate.  Of course, in order to avoid a prolonged probate litigation about the validity of the will based upon testamentary formalities, having two subscribing witnesses in addition to the notary signature is the safest way to go. 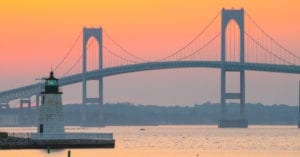 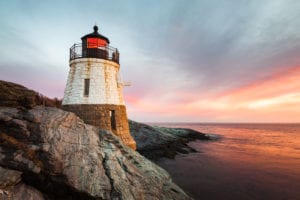 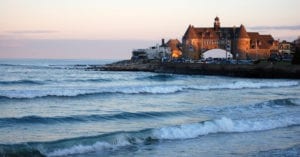 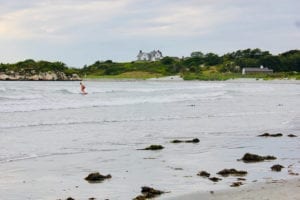 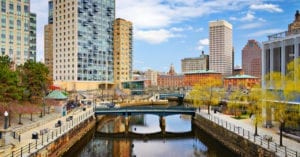 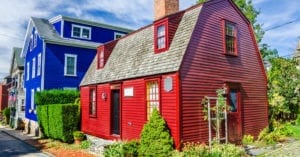