Oklahoma Supreme Court: Children Not Mentioned In One-Sentence Holographic Will Are Pretermitted Heirs

In the Matter Of the Estate Of Chester, the Oklahoma Supreme Court held that a testator’s son (who had shot the decedent during his lifetime leaving him with life-long injuries) was a pretermitted heir under his father’s holographic will which left the son nothing.

The Facts Of In the Matter Of the Estate Of Chester

Decedent, Buddy Wayne Chester, was survived by two adult children – Steven and Lisa.  After Buddy’s death, Lisa filed a Petition for Administration, Appointment of Personal Representative, and Determination of Heirs.  She alleged that Decedent died without a will.  Lisa was appointed as Special Administrator.

A day prior to Lisa’s filings, Decedent’s grandson, Brandon, had filed decedent’s probate in Oklahoma County, alleging that Decedent left a holographic will.  Brandon objected to Lisa’s filings, arguing that Lisa was not be administrator because of her financial issues and damage to estate property, and that Steve (Decedent’s son) should be disqualified as well because he once shot the decedent.

The holographic will was attached to the grandson’s objection and provided, exactly:

Last Will of Buddy Wayne Chester

I Leave Everything I own to Brandon Wayne Strouder Chester my Land my home, Furniture, mini van pickup Truck Riding Lawn Mowers and all my cash Holdings I also want to be buried in newcastle ok cemetery

The will was written entirely in Decedent’s handwriting.

The probate court, after hearing:

Decedent’s son filed a Motion for Order determining that he was a pretermitted heir. After hearing, the court filed a journal entry in which it determined that the face of the holographic will showed intent to omit the son as a beneficiary, and that the omission was not accidental.  The Court of Appeals affirmed.

What Is a Holographic Will Under Oklahoma Law?

Title 84 O.S. 2011 §54 defines a holographic will as one that is entirely written, dated, and signed by the hand of the testator. It is subject to no other form, may be made in or out of this State, and need not be witnessed.

Pretermitted heirs under Oklahoma law occur when any testator omits to provide in his or her will for a child, or for the issue of any deceased child unless it appears that such omission was intentional.  84 O.S. 2011 §132.  We have written about pretermitted heirs in Oklahoma here and here.

The application of the pretermitted heir statute to holographic wills is well settled in Oklahoma.  See In the Matter of the Estate of Woodward v. Cradduck and In re Castle’s Estate.

How Does a Court Determine If Someone Was Intentionally Omitted From a Will?

The Oklahoma pretermitted heir statute, 84 O.S. 2011 §132, provides a statutory method of inheritance for children that a testator unintentionally fails to provide for or name in a will. It is not a limitation on a testator’s power to dispose of his or her property. Rather, it is an assurance that a child is not unintentionally omitted from a will.

The Oklahoma Supreme Court analyzed the case by examining In re Estate of James, a case decided last year by the Court, which we wrote about here.   In James, the Court discussed how a court determines if someone was intentionally omitted from a will, stating:

. . .The pretermitted heir statute does not secure a child with a minimum statutory share of a parent’s estate upon the death of a parent. The purpose of the statute is merely to protect an issue’s right to take, unless the will gives a clear expression of intentional omission. By the terms of the statute, it must “appear” that the testator intended to leave his child with nothing.

¶18 Cases are legion holding that the prime purpose in construing a will is to arrive at and give effect to the intent of the testator. Since 1928, this Court has consistently interpreted this statute to the effect that an intentional omission to provide for the testator’s issue must appear clearly within the four corners of the testamentary document itself. In other words, was there an omission of the will contestant completely, either by name or class? Is there any language in the will manifesting the omission as an intentional act?

¶19 Even the disposition of the entire estate does not alone evince an intent to omit a child or a deceased child’s issue. Intent to disinherit must appear upon the face of the will in strong and convincing language. It is also well established that the intent to disinherit must appear within the four corners of the testamentary document, and that extrinsic evidence is inadmissible unless ambiguities appear on the face of the will. (Citations omitted.)

How Can a Testator Express the Intention To Omit a Child From His Or Her Will Under Oklahoma Law?

In James, the Oklahoma Supreme Court reviewed many ways that a testator can express the intention to omit to provide for his or her children, including:

Drawing from the James opinion, the Court stated:

Here, the will expressed none of the ways in which the testator could have expressed the intention to omit to provide for his children. The testator did not state that his children were to take nothing or provide only a nominal amount to them. He did not name a child, but leave it nothing, nor declare any child was to take nothing. He did not specifically deny the existence of children coupled with complete disposition of the estate.

To the contrary, the decedent neglected to list either of his two children or acknowledge their existence. The son was pretermitted in his father’s will. The daughter was also pretermitted, although she did not argue that she was. We must reverse and remand the cause to the trial court to follow the terms of the pretermitted heir statute and distribute the estate accordingly.

It is not far-fetched to assume that Decedent truly did not want to leave his son that shot him and left him with life-long injuries anything in his will.  However, Decedent’s failure to list either of his two children in his holographic will or acknowledge their existence rendered them pretermitted heirs under Oklahoma law.  Because there were no ambiguities on the face of the holographic will, extrinsic evidence was not permitted to determine the testator’s intent as to why he neglected to mention his children. 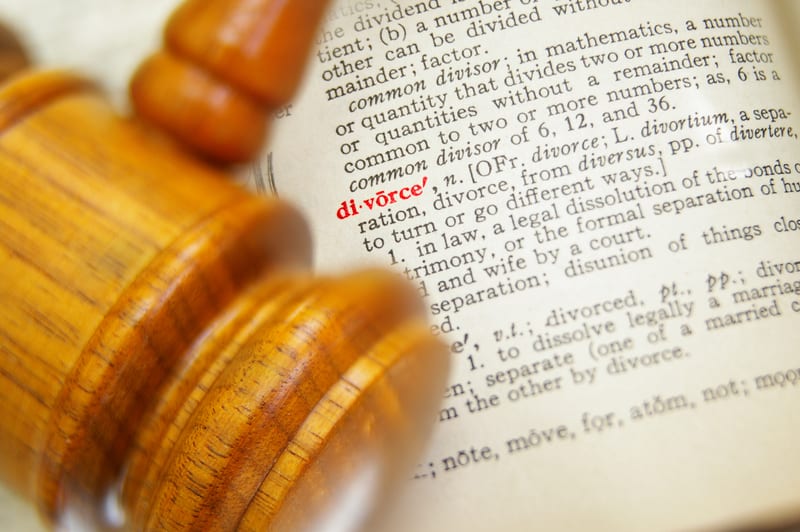