Hugh O’Brian, an actor best known for his role as Wyatt Earp in the 1950’s ABC Western television series, The Life and Legend of Wyatt Earp, died in September 2016.  In Rallo v. O’Brian, an August 3, 2020 opinion from the Court of Appeal of California, Second Appellate District, Division Three, the court considered claims raised by O’Brian’s allegedly omitted children under the California Probate Code, concerning in part whether a general disinheritance clause could defeat omitted child claims by unknown children born before the execution of a testamentary instrument.

The Facts of Rallo v. O’Brian

O’Brian established the Hugh O’Brian Trust in January 1992.  In 2006, O’Brian married for the first time, wedding his long-time girlfriend Virginia.  The Trust was amended multiple times, including in 2009 and 2011.  Virginia was the trustee of the Trust.

After O’Brian’s death in 2016, inheritance litigation began.  Adam, James Venverloh, Donald Etkes, and Kimberly Rallo brought claims seeking to receive an intestate share of O’Brian’s estate as his unintentionally omitted children under section 21622 of the California Probate Code.  The trustee demurred to both Kimberly’s petition and Adam’s and Venverloh’s jointly-filed petition on the ground they failed to state a claim for relief. The trial court sustained the demurrers as to Kimberly and Adam with leave to amend, and they both filed additional petitions.  Venverloh and Etkes did not pursue their claims.

In Article Two of the Trust, entitled “Declarations Regarding Family,” O’Brian declared:

I have no children, living or deceased. [¶] I am intentionally not providing for HUGH DONALD ETKES (also known as HUGH DONALD KRAMPE), ADINA ETKES, JAMES E. VENVERLOH, BETTY DEAN, any of their descendants, and any other person who claims to be a descendant or heir of mine under any circumstances and without regard to the nature of any evidence which may indicate status as a descendant or heir.

Except as otherwise provided in this Agreement, I have intentionally and with full knowledge omitted to provide for HUGH DONALD ETKES (also known as HUGH DONALD KRAMPE), ADINA ETKES, JAMES E. VENVERLOH, BETTY DEAN, the descendants of any of them, and any of my heirs who may be living at the date of my death.

Kimberly’s mom, Carol, dated O’Brian from about January 1962 to February 1963.  Carol discovered she was pregnant in February of March of 1963.  O’Brian was out of the county at the time, and his agent gave Carol money and the address of a doctor in Tijuana and told her to “take care of it.”

Carol did not “take care of it,” and became romantically involved with another man and married him in June 1963.  Kimberly was born in August, and Carol’s husband, Raymond, was listed as Kimberly’s father on her birth certificate.

Kimberly alleged that she was entitled under section 21622 of the California Probate Code as an omitted child to a share of O’Brian’s estate equal to what she would have received as his child had he died intestate.  In support of her claim, Kimberly alleged that:

Adam also alleged that he was entitled under section 21622 of the California Probate Code as an omitted child to an intestate share of O’Brian’s estate.  Adam alleged that he was a biological child of O’Brian, that O’Brian had no knowledge of Adam, and that the sole reason that O’Brian did not provide for Adam in his testamentary documents was because he was unaware of Adam’s birth.

The trial court sustained the trustee’s demurrers to Kimberly and Adam’s supplemental and second petitions, without leave to amend.  Kimberly and Adam separately appealed from the judgments of dismissal.

Under the plain language of section 21622, a distribution right for unknown children exists only if they can prove that the only reason the decedent did not provide for them was because the decedent did not know that they existed.  Stated another way, the “omitted child must show the decedent would have provided for him but for the fact that the decedent was unaware of the child’s existence when he executed his will or trust.”

Simply being “unknown” is not enough to confer omitted child status on a child not provided for in a decedent’s testamentary documents.

Can A General Disinheritance Clause Defeat an Omitted Child Claim For Unknown Children Born Before The Execution of A Will or Trust Under The California Probate Code?

Yes, a general disinheritance clause in a testamentary instrument can defeat an omitted child claim for unknown children born before the execution of a will or trust under the California Probate Code.

Section 21621 of the California Probate Code provides, in part, that:

A child shall not receive a share of the estate under Section 21620 if any of the following is established:

The existence of a general disinheritance clause bears on the testator’s or trustor’s intent. If the decedent’s testamentary documents show his intent to exclude potential children, even those whose identities are unknown to him, then the decedent did not fail to provide for an unknown child solely because he was unaware of the child’s birth.

It would be absurd to read section 21622 as requiring a court to uphold a decedent’s intended testamentary disposition unless the omitted child can show the sole reason the decedent did not provide for the child was his unawareness of the child’s birth (Della Sala, supra, 73 Cal.App.4th at p. 469), but to ignore a provision in the decedent’s will or trust expressing his intent not to provide for any children about whom he was unaware.

Therefore, under California law, a general disinheritance clause can be used to disinherit known and unknown children, born both before and after the execution of the testamentary documents, if the intent to exclude the children is shown in the documents. 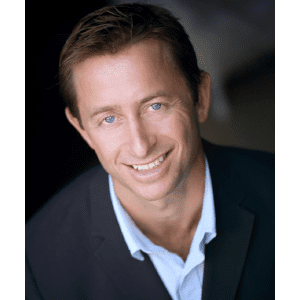