Can A Texas Creditor Claim Barred In Guardianship Spring Back To Life In Probate?

The Texas probate rules set forth a time period for pursuing creditor claims in Texas probate – but do these control in every probate situation?  Not if the creditor ignored a guardianship notice.

In West Texas LTC Partners, Inc. v. Collier, the Texas Fourteenth Court of Appeals addressed whether a creditor who receives notice in a guardianship action, and does not present a claim, can then pursue the creditor claim in a probate action under Texas law.

Melton was eventually declared incapacitated and Covenant Outreach was appointed his guardian.  On September 12, 2014, Covenant sent a letter to Cedar Manor notifying it of the guardianship proceedings.  Covenant also notified Cedar Manor that, pursuant to section 1153.003 of the Estates Code, Cedar Manor had 120 days from the receipt of the letter to file a verified claim “against this guardianship estate in this case,” or risk the claim being “barred by law.”  Cedar Manor did not file an authenticated claim.

Cedar Manor instead sued the guardianship seeking payment of the money.  The case was pending when Melton died. The case was dismissed without resolving Cedar Manor’s claim.

Covenant started probate proceedings.  Cedar Manor submitted an authenticated claim for the money it alleged it was owed for Melton’s stay at Cedar Manor.  The independent administratrix of the estate objected to the claim, and asserted “the affirmative defense that [Cedar Manor] failed to file its claim in the time necessary in the guardianship proceeding, therefore the claim is barred.”

Cedar Manor filed a lawsuit to pursue the claim.  The trial court signed a take-nothing judgment in favor of the Estate.

The Texas trial court’s conclusions of law were as follows:

Section 355.001 of the Texas Estates Code governs presentment of a claim to a personal representative and provides that:

A claim may be presented to a personal representative of an estate at any time before the estate is closed if suit on the claim has not been barred by the general statutes of limitation.

In Cedar Manor’s view, the timeliness of its claim against the Estate was governed exclusively by section 355.001.  Cedar Manor followed the deadlines and timelines applicable to creditor claims in Texas probate, so the claim should be allowed.

Cedar Manor argued that the guardianship provisions of the Estates Code did not bar its claim because those statutes “are only effective to bar certain claims filed in guardianship proceedings.”   Basically, once you are in probate, the guardianship statutes regarding creditor claims do not control the outcome.  The appellate court disagreed.

Can A Creditor Claim Barred In A Guardianship Be Revived In Texas Probate?

No, creditor claims barred during a ward’s life do not spring back to life after a ward’s death in Texas probate.

The guardian of the estate may expressly state in a notice given to an unsecured creditor under Section 1153.003(a)(2) that the creditor must present a claim not later than the 120th day after the date the creditor receives the notice or the claim is barred, if the claim is not barred by the general statutes of limitation.

If section 1153.004, which states that a claim is barred if a claim is not presented in the requisite period did not bar the claim for all purposes (not only in a guardianship proceeding, but also in a later probate), then the language would be rendered a nullity and meaningless, and “lead to the absurd result of reviving a claim barred while a ward was alive once the ward dies.”  The court further stated:

Cedar Manor has not cited any authority stating that section 355.061(a), which limits a personal representative’s authority to approve claims once a probate estate is commenced, stands for the proposition that a creditor’s claim barred during the pendency of a guardianship estate can spring back to life once the ward dies and a probate estate is established.

If an unsecured creditor receives a notice of claim, whether in a Texas guardianship or as part of a probate administration, the notice should not be ignored.  Instead, a claim should be presented in the proper manner as required by the Texas Estates Code.  As this case shows, even if a creditor files a timely claim in the probate administration, failure to respond appropriately to a notice in the guardianship case can forever bar the claim. 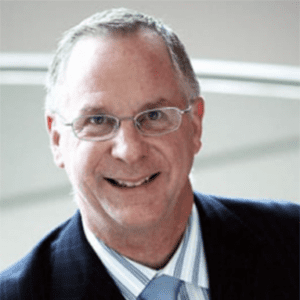 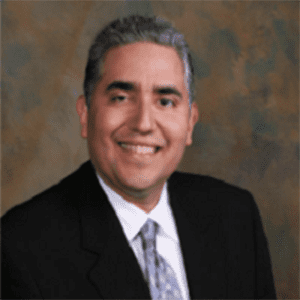